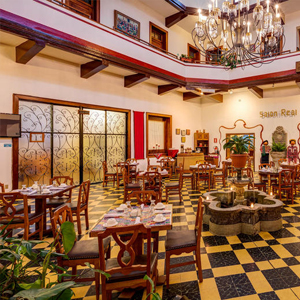 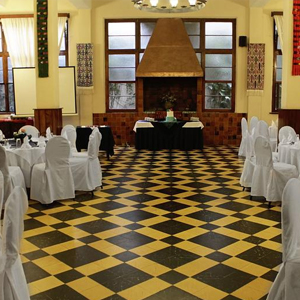 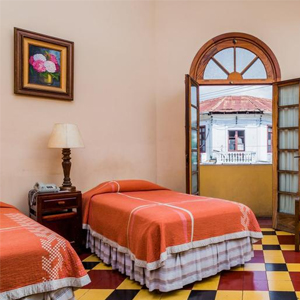 In the early 1900s, Guatemala’s tourism industry began to thrive and hotels started to take the place of the traditional mesons and pensions that used to welcome guests.

The site of Hotel Pan American was originally called the Pension Amado, which was built in 1914 and demolished by earthquakes in 1917 and 1918. In 1920, construction began on the Hotel Astoria and opened a year later. The hotel’s designer was renowned architect Rafael Pérez De León, whose other work included the construction and design of the Central Customs Building, the Presidential Palace and the National Palace.

The Hotel Astoria changed management in 1942 and was renamed Hotel Pan American to honor the Pan Am Airlines crews who often stayed at the hotel. After World War II, loosening economic and social policies throughout Guatemala led to an influx of tourism. Visitors often arrived by boat, anchoring at the port of Puerto Barrios and riding the train into the city. Hotel Pan American hosted travelers from Central America, Mexico and the United States and soon added a third floor to boost the hotel’s room count from 28 to 32. By 1956, the hotel had 60 rooms and continued to welcome guests despite the country’s difficult economic times.

By the early 1980s, Hotel Pan American was the downtown meeting place. It was where presidents had lunch and diplomats, government officials and foreign visitors gathered to discuss matters of national interest or simply to enjoy a good cup of coffee.

Warning: array_unique() expects parameter 1 to be array, null given in /home/ldojlidt3cs9/public_html/centralholidays.com/themes/en/hotels/v.phtml on line 175